A. Turchin: “The task is to personalize as much as possible the unemployed citizens in the economy” 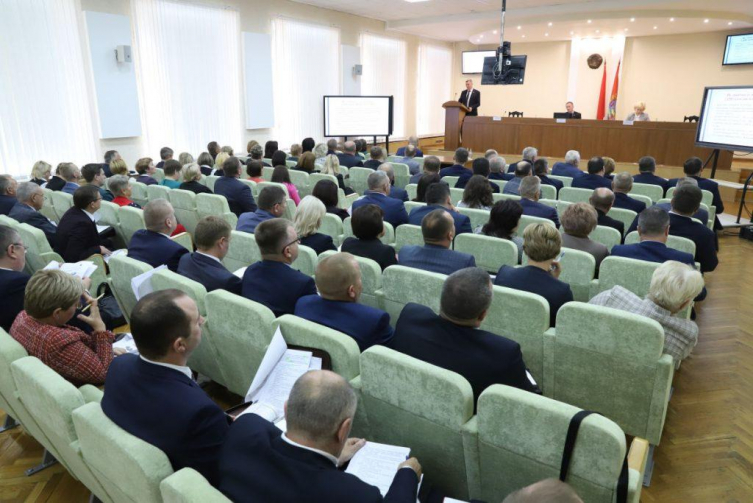 At a field meeting on the implementation of Decree No. 3, Alexander Turchin emphasized that solving the issue of employment in the labor market requires an integrated approach, Minskaya Pravda reports.

— Using the example of Cherven district, I would like to show the work that is taking place in this area. The task is to personalize as much as possible the category of citizens unemployed in the economy, so that we understand who is on these lists and how to work with each category, where efforts should be made by our tax service, where the help of the internal affairs bodies is required, where the village council, the education sector, — said the chairman of Minsk Regional Executive Committee.

Tamara Krasovskaya, Chairman of the Committee on Labor, Employment and Social Protection of Minsk Regional Executive Committee, noted that a qualitative and quantitative analysis of databases of citizens not employed in the economy was carried out. As a result, the approach was changed: behind each figure they saw a specific person with a different objective reality, with a different upbringing. Particular attention was paid to people who do not work for a long time and are not looking for a way to do this.

The chairman of Cherven district executive committee, Vladimir Novitsky, told what work was carried out to implement Decree No. 3. At the moment, there are more than a thousand people in Cherven district who are not employed in the economy.

In general, the situation on the labor market of Minsk region in January-August 2022 was characterized by a decrease in the number of vacancies declared to the employment authorities by employers of all forms of ownership.

The number of unemployed registered with the employment service as of September 1 this year amounted to 696 people, which is 98 people or 12.3% less than the same date last year (794 people). Assistance in finding employment was provided to 11,168 citizens, including 3,120 unemployed. In January-July 2022, 679.2 thousand people were employed in the regional economy (99.2% compared to the same period last year).

The level of registered unemployment in the region as a whole amounted to 0.1%. In Minsk region, 23 permanent commissions have been created and are functioning to coordinate work to promote employment of the population, whose meetings are held at least 2 times a month. In the first half of 2022, 325 commission meetings were held, including 87 field meetings, to which 26.5 thousand citizens were invited, of which more than 2.8 thousand were leading an asocial lifestyle.

In Cherven, the meeting participants summed up the results and outlined plans for the further implementation of Decree No. 3 in Minsk region. For each category of people, measures were identified that need to be implemented in order to move in this direction. Deadlines were also set to track concrete results.

— At the working meeting, a very important issue was considered — the employment of our citizens. There is a certain category of people in the country who do not work, but at the same time enjoy the benefits and public services. At the same time, there are not only social obligations and state guarantees to a person, but also a person's obligations to the state. Today we once again examined how the situation with employment is developing in the Minsk region, having decomposed the situation in detail on the example of Cherven district. The base of the unemployed has been created, we see by name each person who does not work. But the main thing is to figure out why a person does not work, and based on an understanding of the reasons, to build appropriate measures. And today we clearly understand that measures must be targeted. When a person does not work for 5 years, this is a question from the tax authorities for what income he lives. If a person leads an asocial lifestyle, then we understand whose area of responsibility this is and how to work with this person, — summed up the Minister of Labor and Social Protection Irina Kostevich.