Alexander Turchin: repair of roads, streets and courtyards is a priority in the region for the next year or two 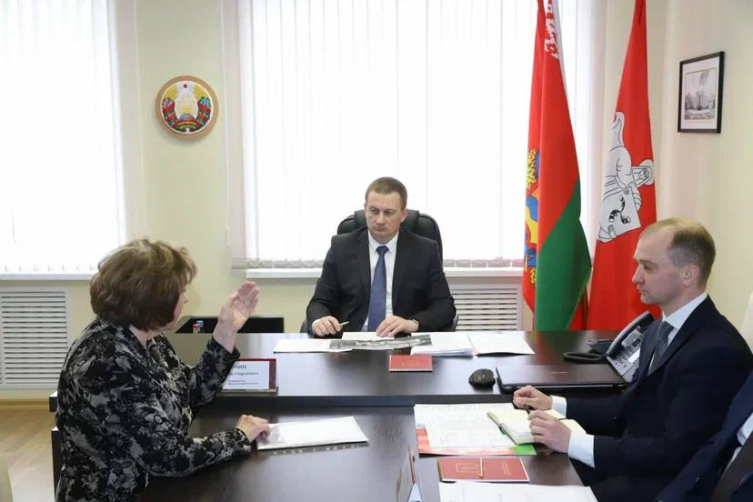 The traditional reception of citizens today was held by the chairman of Minsk Regional Executive Committee Alexander Turchin in Zhodino.

About 20 applicants turned to the head of the central region for assistance in solving topical problems. Traditional topics are the work of housing and communal services, the resolution of land disputes, and road repairs.

Summing up the results of the reception, the governor noted that the questions that were mostly raised were typical for any region of our country. But residents of Zhodino are active people, many of them came with constructive proposals and ideas.

- Unfortunately, there was a question with the “beard”, it concerned the improvement of the yard area. The authorities failed to solve it for ten years. I believe that such issues do not require any discussion and other options, except for their immediate solution, - Alexander Turchin emphasized.

The head of the region also spoke about the prospects for the development of Zhodino.

— On the one hand, Zhodino is a dynamically developing city, where our flagship BelAZ is located, many workers, young people and, of course, it is necessary to build housing here. On the other hand, the city is limited in its territories, surrounded by forests and agricultural lands. They are under close attention of the Head of State. And I, as the chairman of the regional executive committee, would not like a large-scale development of these lands. A few weeks ago, we drove around Zhodino from and to the so-called 5th microdistrict, which is located behind the railway, and is just represented by lands that are optimal for building. In order to develop this microdistrict, it was necessary to solve the transport hub. A study of the crossing under the railway has already been made. There will be a normal transport artery connecting this part of the city with the center.

Of course, the general problem is the improvement of the streets. Unfortunately, we do not have enough resources that we have, and that the republican budget helps. Therefore, for ourselves in the region for the next year or two, we have identified the repair of roads, streets, courtyards as a priority issue.

According to the governor, the improvement of social infrastructure will also continue. A children's polyclinic has already been put into operation, a school will be built in the 8th microdistrict, together with BelAZ — FOK with a swimming pool and a gym, which are also necessary for the city.

— As I said, in the near future Smolevichi, Minsk and Zhodino will be connected by a modern highway. As a result, it is necessary to correctly make interchanges in order to avoid traffic jams. Residents of the city and those passing by should feel comfortable.