"Dazhynkі-2022" in Stolbtsy. Is the district ready to accept the holiday of village workers? 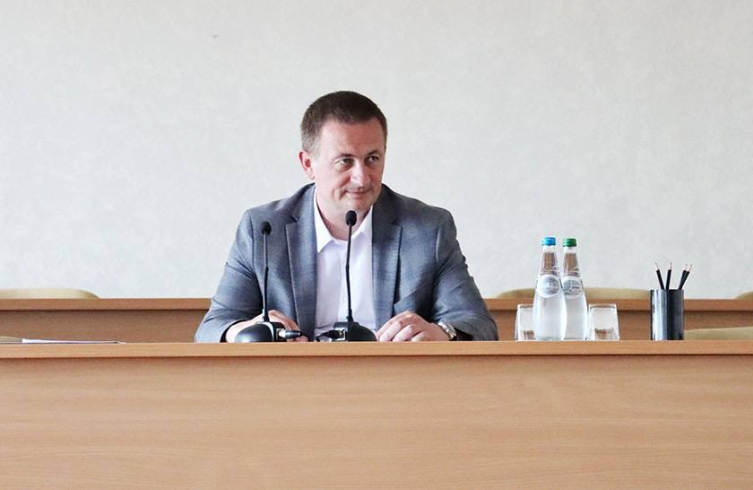 A little more than two months are left before the regional "Dozhinki", which will be held this year in Stolbtsy. Whether the region is ready for a large-scale holiday was discussed at a meeting with the participation of the chairman of the Minsk Regional Executive Committee Alexander Turchin, Minskskaya Pravda reports.

According to the chairman of Stolbtsy District Executive Committee, Denis Kolesen, the construction of the bypass road is one of the most important facilities that must be put into operation by the regional holiday. Now the object is ready for 40 percent, but on August 15 it will be put into operation.

Cinema "Belarus" - a multifunctional space for residents of the region - will also open for the holiday. Modern new equipment will delight you with high-quality sound and picture.

In the building of the barracks, where it is planned to open an art school, repair work continues. The facility is not easy, but important for the city.

Repair work is being completed in the sports and health center of the district. An electronic scoreboard, an updated mini-football ground will please the citizens.

The façade and the auditorium will be renovated in the regional center of culture.

The percentage of readiness of the children's library at the moment is 70%. In addition to cosmetic repairs, the heating and lighting systems are being modernized in the building.

— We need to think about the visual design of the city. These stretch marks over the road surface often look sloppy. In addition, when driving by car, it is very difficult to read what is written. There are more negative points here than positive ones,” Alexander Turchin noted.

Bank branches of the city will also be put in proper shape.

Restaurant "Neman" will soon receive visitors. Now repair work is completed by 75 percent. New special equipment, updated steps, entrance group and interior will give a modern look to the object. By the beginning of August, new furniture will be delivered to the restaurant.

Major and ongoing repairs in part of residential buildings. Roofs, facades, entrance groups of these objects will take on a more modern look.

Ready and creative holiday concept. The scenario plan and the concert program "Dazhynak-2022" have already been developed.

A call center operates on the basis of the local editorial office. Residents can contact the local authorities with their suggestions, as well as clarify the details of preparations for the holiday.

— During the year, the call center received 145 calls. People call both on weekdays and on weekends,” said Nelly Ostreiko, editor-in-chief.

- Next time we will meet at the end of July, and I hope that all promises will be fulfilled. Otherwise, we will take measures,” Alexander Turchin summed up.