How are the Stolbtsy preparing for "Dazhynki"? The work done was supervised by Alexander Turchin 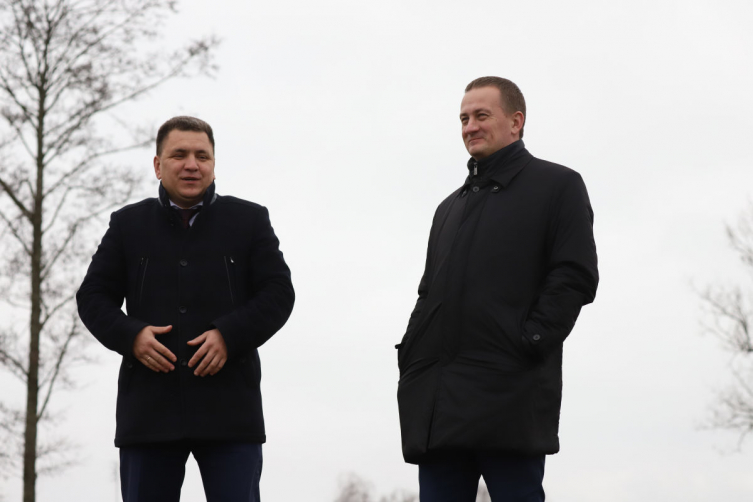 On Thursday, November 18, Alexander Turchin paid a working visit to the Stolbtsy. In 2022, the district center will welcome "Dazhynki" and is already actively preparing for the holiday. Which objects were visited by the Chairman of the Ministry of Executive Committee and what work has already been done, I found out MLYN.BY.

The first point on the city route of the governor was the city lake. It is planned to clean it, improve the surrounding areas. The water has already been drained, the next stage is cleaning the bottom. Alexander Turchin got acquainted with the results of the work done and expressed a number of wishes.

The Chairman of the Ministry of Executive Committee also supervised the work in the city. In particular, the landscaping of 19 out of 41 courtyards has been completed, which are planned to be improved in preparation for the "Dazhynki". Current repairs were carried out on 12 of the 40 kilometers of roads.

Alexander Turchin also discussed with the chairman of the Stolbtsov district executive Committee Denis Kolesen the reconstruction of the local cinema (it is planned to start next week), the current repair of the facade of kindergarten No. 5 and the construction of two apartment buildings in the new district of the city. The new buildings will be put into operation by the end of 2021.