More than Br1.1 million collected for the reconstruction of Khatyn at a community work day in Minsk region 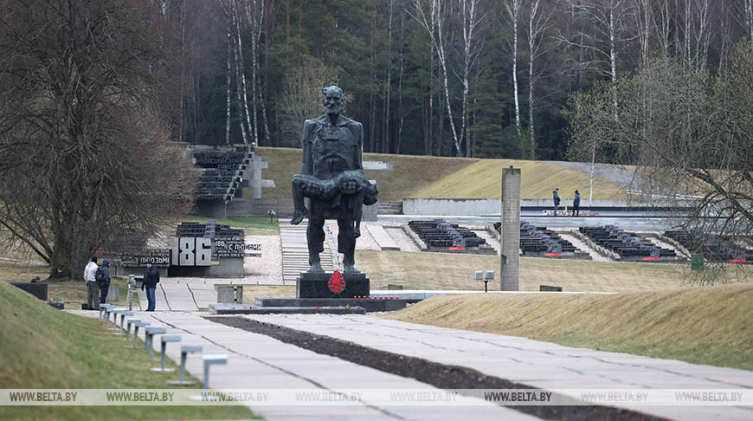 More than Br1 million 100,000 were collected during the cleanup in Minsk region for the reconstruction of Khatyn. Denis Kurlenko, Deputy Chairman of Minsk Region Executive Committee, shared the results of the event with journalists, BelTA has learned.

"THE NATIONAL SUBBOTNIK IN MINSK REGION WAS HELD AT A HIGH ORGANIZATIONAL LEVEL. FOR THIS PURPOSE, THE CHAIRMAN OF MINSK REGION EXECUTIVE COMMITTEE CREATED A WORKING GROUP, WHICH INCLUDED REPRESENTATIVES OF STRUCTURAL DIVISIONS AND REGIONAL ORGANIZATIONS. MORE THAN 300 THOUSAND PEOPLE TOOK PART IN THE SUBBOTNIK IN THE REGION. AS A RESULT, MORE THAN BR1 MILLION 100 THOUSAND HAVE BEEN COLLECTED,” SAID DENIS KURLENKO.

All funds raised will go towards the reconstruction of the Khatyn memorial complex and the construction of a new museum on the territory of the complex.

During the subbotnik, 1,178 hectares of forest, 7,10,730 seedlings and saplings of tree species were planted. 28 recreation areas in forest areas have been landscaped and three new ones have been built. In the forests, 339 cubic meters of garbage were removed, about 1,300 cubic meters of clutter. "Many of our structural divisions and organizations were involved in planting trees and shrubs. They also worked on cleaning roadside lanes. As a result of strong winds, many trees were damaged, so we worked on the consequences," said Denis Kurlenko.

In his opinion, in the Year of Historical Memory, it is important to pay special attention to memorable objects. "Not only this year, but on an ongoing basis, order and cleanliness are maintained there. The chairman of Minsk Region Executive Committee, Alexander Turchin, took part in putting things in order at the burial place of Hero of the Soviet Union Vasily Chebotarev in Krupki district," summed up Denis Kurlenko.