Secondary school № 1 of Soligorsk celebrates the Day of Knowledge 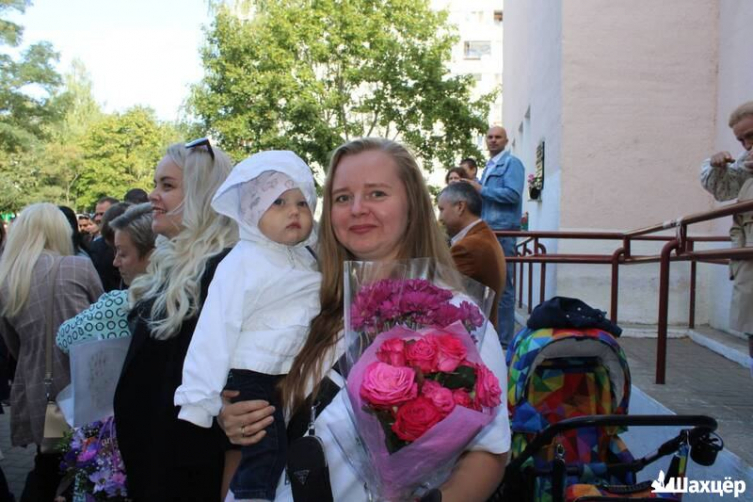 On September 1, secondary School № 1 in Soligorsk opened its doors to its students. Schoolchildren, their parents, grandparents came to the solemn line, which was held in the school yard. After all, September 1 is a special day.

The solemn event began with the raising of the flag of the Republic of Belarus to the sounds of the national anthem.

On the Day of Knowledge and the beginning of the new school year, the students were congratulated by the director of the school Valentina Kashtalyan, as well as the guests of the holiday - the deputy head for ideological work and personnel support of the Soligorsk Department of the Ministry of Internal Affairs of the Republic of Belarus Vitaly Braginets and the senior investigator of the district department of the Investigative Committee of the Republic of Belarus Ekaterina Fedenyak.

115,000 first-graders will sit at school desks in Belarus this year, including 127 kids, as Valentina Mikhailovna Kashtalyan reported, this year they will cross the threshold of secondary school № 1 in Soligorsk for the first time.

At the same time, for some students of secondary school № 1, this academic year at school will be the last, and then universities are waiting for them. There are not many such students - only 46, but every fourth of them is a candidate for awarding a gold or silver medal. Every third person is an excellent student. In addition, many of the future graduates are winners of various competitions, Olympiads and festivals.

In her parting speech, the director of the school expressed many good wishes to the students, noting that teachers - real professionals will lead the children to the land of knowledge.

- Education in a person of kindness, responsibility, respect, patriotism is unthinkable without knowledge, - said Vitaly Nikolaevich Braginets, congratulating students on September 1. - This knowledge will be given to students by the teachers of the school. Knowledge is power. Laid down in childhood, in school years, they run like a red thread through a person's entire life.

The solemn line-up became a real holiday for those present. Poems and songs were performed by first-graders and future graduates. The students of the class with a legal education bias - future law enforcement officers - also prepared their speech.

Traditionally, a bell rang, announcing farewell to a carefree summer and the beginning of a journey to the Land of Knowledge.

On this day, first-graders were awarded badges - emblems of educational education and books "Belarus is our Radzima".

After the end of the line, the students amicably went to classes, the first lesson of which is dedicated to the Year of Historical Memory.