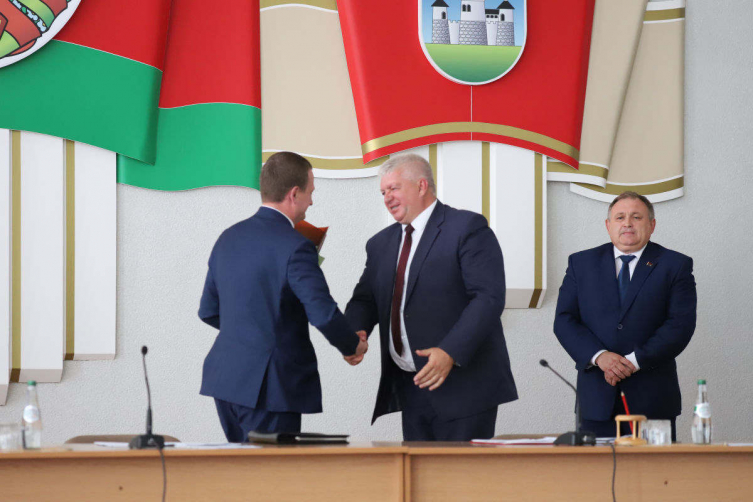 Aleksandr Pranovich, a reserve lieutenant colonel, who previously held the post of chairman of Pukhovichi District Council of Deputies, was appointed chairman of Myadel Region Executive Committee. In this post, he replaced Anatoly Voinilko.

Alexander Pranovich was born in Maryina Gorka, Pukhovichi district in 1979. In 1997 he graduated from the Minsk State Higher Aviation Technical College. Then he became a cadet of the Gomel secondary fire-technical school of the State Institution of the paramilitary fire service of the Ministry of Emergency Situations of the Republic of Belarus.

Graduated from the State Educational Institution "Command and Engineering Institute" of the Ministry of Emergency Situations of the Republic of Belarus. Received a higher education in the specialty - prevention and elimination of emergencies, management in the prevention and elimination of emergencies. In 2020 he graduated from the Academy of Management under the President of the Republic of Belarus with a degree in Public Administration and Ideology.

Has a state award "For impeccable service", 3rd degree.

He is a deputy of the Pukhovichi District Council of Deputies of the Minsk Region of the 28th convocation.

The governor of the Minsk region congratulated the newly elected chairman on taking office and handed him a certificate. He directed the head of the Myadel regional executive committee to give impetus to the development of the regional center.

- The Myadel region is rightfully considered the pearl not only of the Minsk region, but of the whole of Belarus. Here is Lake Naroch and a whole scattering of lakes, the National Park. It is not in vain that the President of our country pays such attention to the Myadel region, - noted Alexander Turchin.