"There will be no food shortage." Alexander Turchin visited the production of "third bread" in Borisov 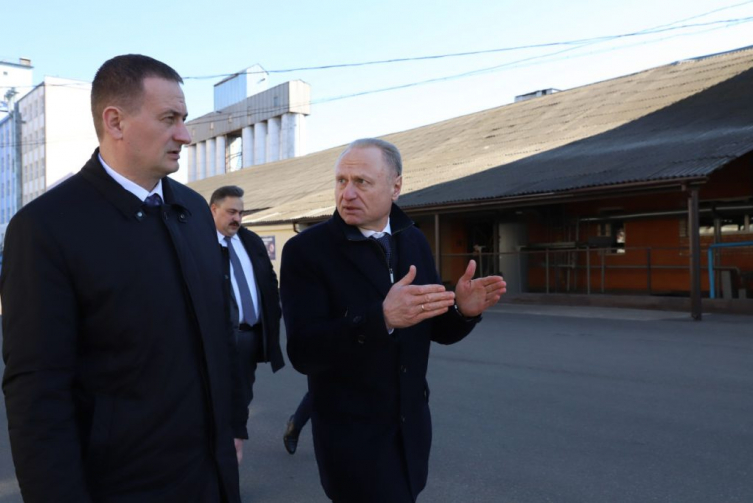 Borisov produces 70% of pasta in Belarus. Production has been established on the basis of Borisov Combine of Bread Products, OJSC Minskoblkhleboprodukt. What kind of pasta is in special demand and what lies ahead for Borisov pasta makers? On March 17, the head of the central region Alexander Turchin spoke about this and not only during a visit to this production. Details in our material.

Today the factory is part of the Borisov bakery plant. The workshop for the production of pasta is one of the highlights in the structure of the enterprise. Borisov Combine of Bakery Products is the largest association of processing and agricultural enterprises in the republic. It includes 14 organizations from 11 districts of Minsk region. In Belarus, there are practically no separate industries for the production of pasta, and even in such an assortment as in Borisov producers.

Now they sell every second pack of pasta in the country. About 27 thousand tons of pasta are produced annually in a wide range of up to 40 types. Buyers know their products well under the trademarks "Pastoral" and "Pasta Solare".

A wide range of products has been developed to meet customer demand. The main production is occupied by group B pasta, produced from selected soft wheat varieties. Along with the traditional line, pasta of group "A" from durum wheat has been produced for several years. Soon they will be able to break the stereotype here - they say that good pasta is produced only in Italy.

The guests of the enterprise were convinced with their own eyes that there will be enough products for everyone. The head of Minsk region Alexander Turchin also said this.

— Local authorities are now paying special attention to filling the consumer market, says the head of the central region. — So that there is no shortage, so that people can satisfy their needs by coming to the store. It is gratifying to note that virtually everything that is needed in terms of food in our country is produced in sufficient volumes.

— If we talk about pasta, then at one time the President of our country made the right decision: to invest resources in the production of pasta in order to meet the needs of our country, - says Alexander Turchin. - 70% of pasta production in our country is provided by the Borisov Bakery Plant. Excellent products are produced here, which, in my opinion, are not inferior to imported analogues. In the current situation, the price factor remains important. Today, our pasta is absolutely affordable for any category of people. As the chairman of the regional executive committee, I have absolutely no fears that there will be any problems with products in stores. I think we need to calm down and take a sober look at our own reserves. Everything will be in stores!