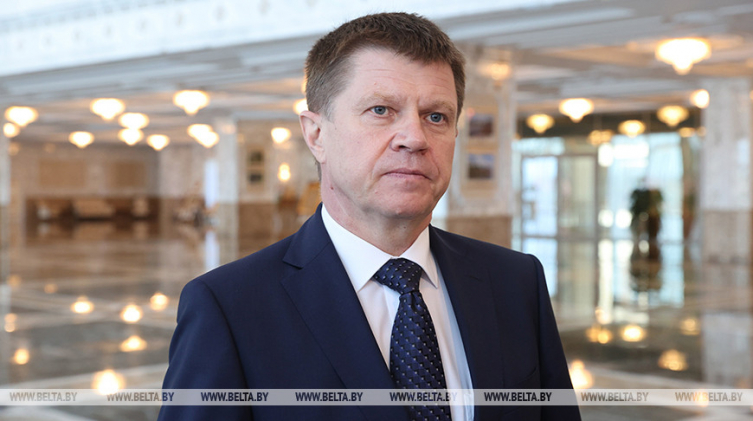 Mutual trade between Belarus and China will increase this year, Ambassador Extraordinary and Plenipotentiary of Belarus to China Yuri Senko told the media following a meeting with the head of state to discuss modern foreign policy priorities, BelTA has learned., BelTA has learned.

The ambassador stressed that China has become the second largest partner of Belarus in terms of exports, ahead of Ukraine (Russia is first in terms of exports). "We are convinced that mutual trade will increase, there are absolutely no obstacles or constraining factors to that," Ambassador Yuri Senko emphasized.

According to him, the indicators of mutual trade are encouraging this year. It has grown even compared to the pre-pandemic 2019. "In H1 of this year, Belarusian exports to China reached $450 million," the ambassador said. "Even against the difficult pandemic 2020, the trade between our countries posted a 9.4% growth, amounting to a total of $777 million."

“China knows Belarus, Belarusian products and goods. China buys them eagerly. Sometimes Belarusian exporters are weary of long logistics, difficulty with delivery, mutual settlements,” said Ambassador Yuri Senko. “But the enterprises that have built relations with Chinese partners are increasing volumes. We see this in the statistics and provide every assistance to make sure the trade grows even faster."