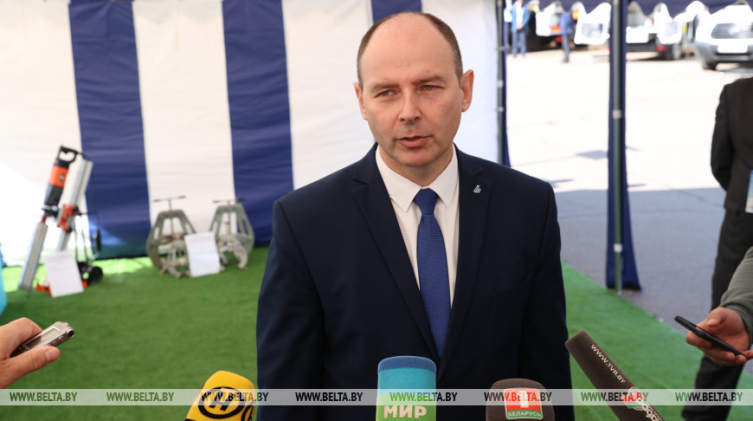 In 2021-2025 the Belarusian peat industry is set to extract about 11 million tonnes of peat and to produce 6.5 million tonnes of products, Director General of the state enterprise Beltopgaz, member of the Council of the Republic of the National Assembly of Belarus Aleksei Kushnarenko told the media, BelTA learned the press service of the Energy Ministry.

The industry-wide program for the comprehensive modernization of the peat industry for 2021-2025 is now in progress. Promising areas of peat use are boiler houses of the housing and utilities services sector and the cement industry. The cement industry consumes 43% of the total production of peat briquettes and artificially dried milled peat. Annually, about 300,000 tonnes of fuel briquettes are supplied to cement plants, which enables them to replace natural gas and coal. In the future, this volume will be increased, including thanks to a project to be implemented at Krasnoselskstroymaterialy to use dried peat in the heat generator.

This year the peat producing season has already ended. As of 1 September, 1.5 million tonnes of peat was produced, including 1.3 million tonnes (89.2%) of milled peat (for the production of peat fuel) and 163,600 tonnes (10.8%) of non-fuel peat. The peat reserves in the country are enough to last for the next 100 years. Their total volume is estimated at 2.4 billion tonnes, of which 302 million tonnes are suitable for industrial development.

“We supply products to 25 countries of the world,” Aleksei Kushnarenko added. “This year, we made trial shipments to Colombia. All in all, the export of goods and services amounted to $25 million in H1 2021, up by 22% year-on-year.”