Belarus president to decide on status of Belarusian People's Congress 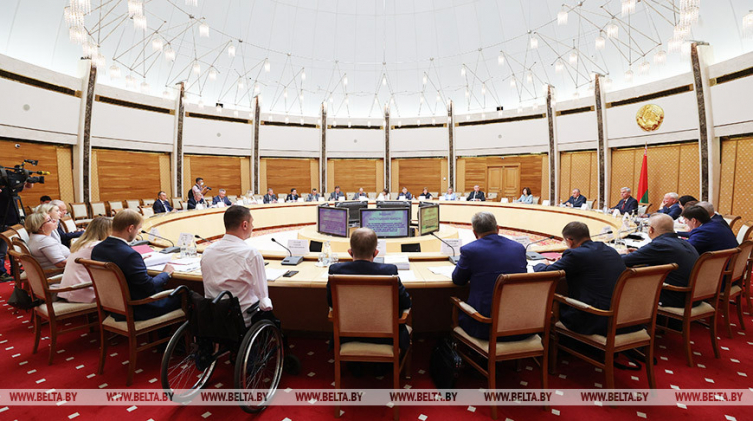 “We have outlined three matters that require consideration of the head of state. One of them is the constitutional status of the Belarusian People's Congress, since it is a new institution in the system of government. It should have certain constitutional powers and at the same time fit into the current system of government in our country and communication mechanisms [between government agencies]. Therefore, we will go through this issue once again today and will discuss it with the participation of the head of state,” Piotr Miklashevich said.

The second question is about the death penalty. “There are three options here. The first is to keep it intact and not amend Article 24,” he said. After all, this matter was decided in the 1996 referendum where the majority of people voted to retain capital punishment. If some new circumstances arise, this matter should be considered in a special referendum. After all, today the president also has the right to impose a moratorium on the execution or use of the death penalty. “This matter can be addressed stage by stage, like in other states. There were proposals to amend this provision, Article 24, and establish the death penalty only for terrorism resulting in the loss of human life. The third option is to consider the abolition of the death penalty altogether. These three options require the consideration by the head of state,” the chairman of the Constitutional Court said.

The third matter is the nomination of candidates to councils of deputies by labor collectives. “We have this provision in the Constitution, but time is changing. Today's labor collectives are a far cry from those of the Soviet times. There are many private businesses. This is one thing. Another thing is that nomination implies participation in a certain political campaign. Therefore, the question is: should we retain a possibility for labor collectives to nominate candidates or should we leave it to political parties and citizens? We also intend to discuss this issue with the head of state,” Piotr Miklashevich said.