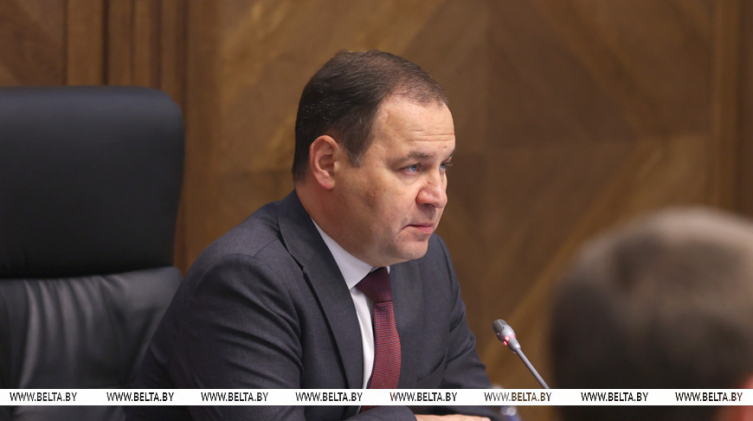 Prime Minister of Belarus Roman Golovchenko summed up results of the country’s social and economic development in H1 2021 at a session of the Council of Ministers, BelTA has learned.

Roman Golovchenko said: “Four out of the six performance indicators of the government and the central bank were secured in H1 2021. The resulting indicator of performance of the entire economy – real disposable income of the population – rose by 3.5% in January-May or above the projections. Te average salary grew steadily in the first half of the year. It exceeded Br1,400 in June, thus demonstrating a growth of 5.6% in real terms.”

In his words, persistent efforts are being taken to raise income in the public sector, first of all, earnings of pedagogical workers and healthcare workers. “The target has been hit: the ratio of public sector salaries to the country’s average exceeded 81%. In line with the government’s resolution the base rate of labor remuneration of public sector workers was raised by 1.5% on 1 August. We’ve virtually completely accomplished the task of reducing the number of organizations with salaries under Br500. Their number dropped by more than 15 times in the period. Thanks to the creation of conditions conducive to the stable operation of the real sector of the economy an increase in unemployment was prevented,” the prime minister noted.

“On the whole, results so far this year testify to quality growth of the economy, with the GDP growth rate at 103.3%. Some slowdown in the manufacturing sector has been compensated for by a recovery of the sector of paid services,” the prime minister concluded.