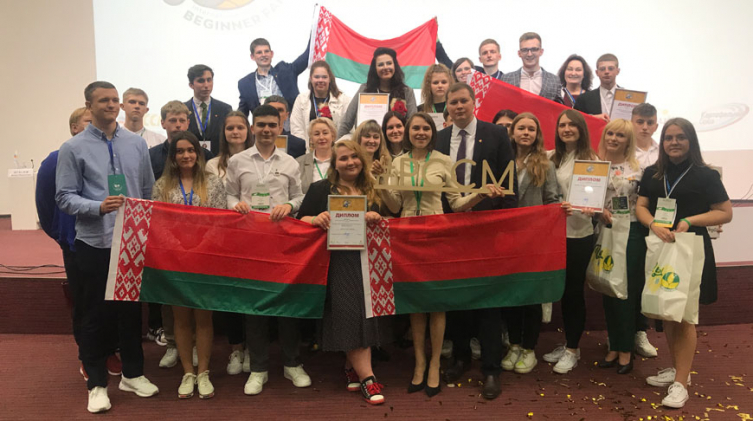 Belarusian youth teams won seven diplomas at the international business game Beginner Farmer that wrapped up in Moscow Oblast, Russia on 20 May, head of the Belarusian delegation, Second Secretary of the Central Committee of the BRSM Youth Union Aleksandr Prokhorov told BelTA.

“The event brought together around 200 young people from Russia. Armenia, Azerbaijan, Belarus, Germany, Kazakhstan, and Kyrgyzstan – a total of 34 teams. We are happy to inform that seven out of ten Belarusian teams that had qualified for the final won awards,” Aleksandr Prokhorov said.

In the category for teams of students of vocational agricultural educational institutions, diplomas were presented to the teams of Lobanok Maryina Gorka Agrarian Technical College and Glubokoye State Vocational Lyceum.

The team of Grodno State Agricultural University clinched a diploma in the category for teams of undergraduate and postgraduate students of higher education institutions.

The team of the Gomelpromstroi company and Nikolai Mozol, a representative of the club of young people with disabilities of Mikashevichi, were among the winners in the category for young people with farming experience.

The BRSM Youth Union received a note of acknowledgement from the Russian State Duma Committee on Agrarian Affairs for its active involvement in civil and patriotic education of the youth and the organization of the national round of the Beginner Farmer business game.

The organizer of the national stage of the game in Belarus is the BRSM with the support from the Belarusian Agriculture and Food Ministry. The final is organized by the Russian Union of Rural Youth.

The international business game Beginner Farmer has been held by the Russian Union of Rural Youth for seven years and has already brought together more than 10,000 people. Its main goal is to find and support talented young people who are involved in the development and implementation of business projects to advance agriculture. This year's event was the first international edition of the business game.