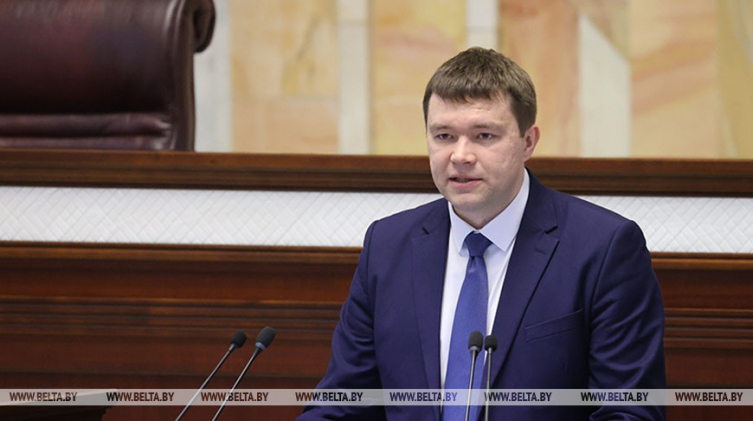 The economy grows and the growth is becoming faster and faster, BelTA learned from Belarusian Deputy Economy Minister Dmitry Yaroshevich on 16 June.

The press service of the Economy Ministry quoted Dmitry Yaroshevich as saying that in January-May 2021 Belarus' GDP grew by 3.1%. The official noted it is quality growth that relies on a balanced foundation. “Recovery has been registered in virtually all the industries. At present about two thirds of the economy is in the growth zone. The production sector is the key driver, with growth in excess of 11%. It is worth noting that the production sector grows without increasing the stock in storage, which is at its lowest since 2013,” the official said.

According to Dmitry Yaroshevich, the recovering demand on foreign markets became a prerequisite for high dynamics in the production sector. Shipments increased by more than a third over the course of four months. Extra earnings from export were close to $3 billion. Extra earnings were registered in virtually all the groups of products. “I am talking not only about oil refining and potassium. Belarusian trucks, agricultural machines, cars, food, and many other products sell well abroad. We've kept the external sector stable and have reinforced our positions. Foreign trade surplus exceeds the figure registered last year by 2.5 times. Trade is fueled by live money, as they say. With merchandise export up by 35.3%, amounts receivable from our foreign trade partners have increased by only 13.6%,” the deputy economy minister said.

Speaking about the development of various branches of the Belarusian economy, Dmitry Yaroshevich stressed that positive trends had been registered not only in the production sector. “Growing demand is invigorating allied industries, too: wholesale trade and freight shipping are on the rise. The IT sector demonstrates steady growth. Agriculture has virtually reached last year's volume: it is only 0.3 percentage points below 100%. The sphere of services is recovering. Public catering, hotels, and sanatoriums have started working. A recession in retail trade has been overcome. Consumer demand is supported by growing salaries and revenues of the population,” the official explained.