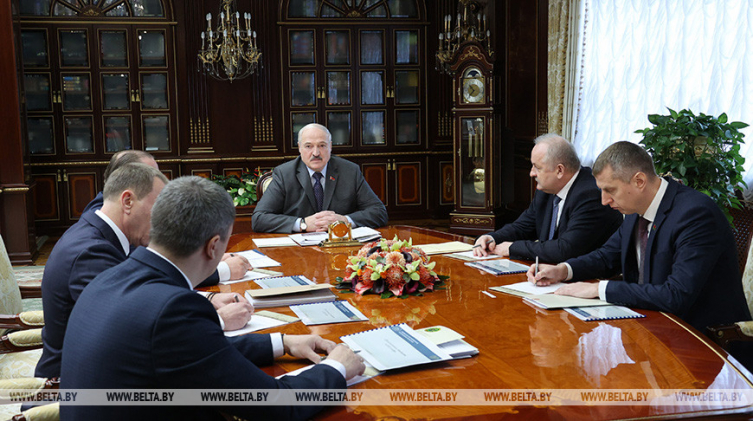 We need to do everything possible to keep our economy going, Belarusian President Aleksandr Lukashenko said as he heard out a report on the country's current fiscal policy on 22 April, BelTA has learned.

According to the president, the government and the National Bank sometimes have different approaches to financial matters, but it is necessary to come to common solutions, so that the economy does not suffer. “We need to do everything possible to keep the economy going. Then we will have a stable exchange rate of the national currency and no inflation,” he stressed.

“The budget is an indicator of the economy and the state of affairs in the country. I would like to hear what measures have been taken by the government to consolidate the budget. What have we done to ensure the development of the economy, the real sector? How well the budget is balanced as a result of all our measures?” Aleksandr Lukashenko wondered.

The head of state also asked about the country's budget revenues under the Western pressure on the economy and the credit and financial system of Belarus. “What is the possible deficit this year and how are we going to cover it? The meeting is focused on people's wellbeing in the first place. This means salaries, our state employees, and, of course, retirees. The budget, like a mirror, reflects all our problems and today's achievements,” said the president.

Aleksandr Lukashenko stressed that the country ran a budget surplus in Q1 2022, but this does not mean that everyone can feel relaxed. “There will be even more pressure against us,” he warned.

In Q1 2022 the budget expenditures totaled Br6 billion. The budget surplus made up Br662 million.