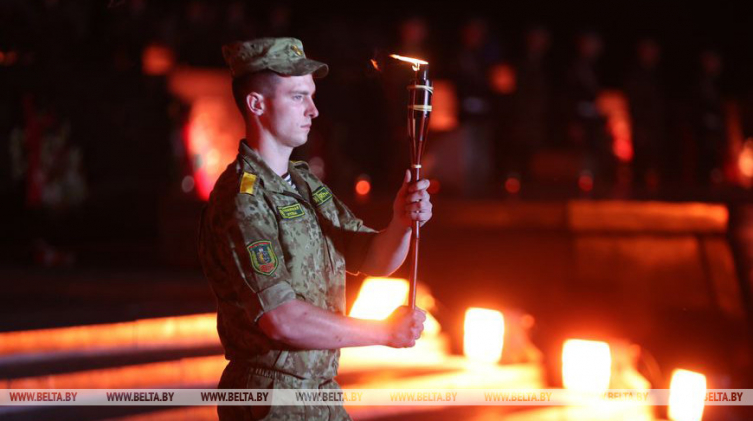 The Brest Hero Fortress Memorial Complex has hosted a commemorative meeting dedicated to the Day of the National Remembrance of the Victims of the Great Patriotic War, BelTA has learned.

The commemorative meeting on Ceremonial Square began as usual - at 3.30 in the morning, half an hour before the roar of shells broke the pre-dawn silence in the city on 22 June 1941. The border guards were the first to take on the enemy's fire and they stood to death. Wreaths with candles lit from the Eternal Flame were lowered onto the waters of the Western Bug River to commemorate those who perished in the first minutes and hours of the war and to pay tribute to their extraordinary courage.