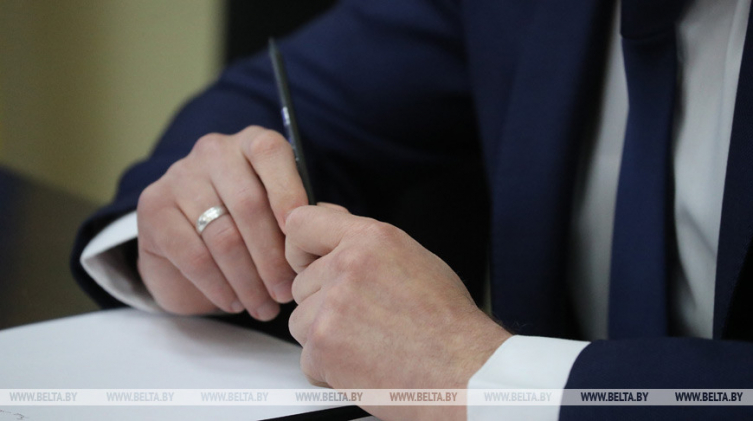 The effectiveness of the social dialogue in Belarus is confirmed by international evaluations. Chairman of the Federation of Trade Unions of Belarus (FTUB) Mikhail Orda made the statement after the situation on the Belarusian labor market was discussed at the 109th session of the International Labor Organization (ILO), BelTA has learned.

The pandemic's effect on the world labor market was high on the agenda of the session. It is already obvious that the pandemic has put massive pressure on the healthcare system and has resulted in a global economic and social crisis. Over 255 million jobs were lost. In many countries people had to choose between life and means of subsistence. Global development goals have been threatened such as poverty elimination, hunger elimination, economic growth, and decent jobs for everyone. The International Labor Organization believes that consequences of the pandemic can be overcome and Sustainable Development Goals can be reached only through an effective social dialogue of the three sides – the government, trade unions, and employers.

As for Belarus, the International Labor Organization remarked upon a number of joint actions the social partners had taken to overcome consequences of the pandemic. According to the United Nations Organization, in 2020 Belarus already reached a number of Sustainable Development Goals, which the international community intends to secure only by 2030. Belarus is ranked 18th out of 166 countries in the Sustainable Development Goals Index.

Mikhail Orda stressed that the international evaluations confirm that an effective social dialogue has been enabled in Belarus, a balanced social policy that focuses on people's interests is pursued in the country. “In this context some complaints about the allegedly insufficient level of the social dialogue in the country are at least illogical. These complaints are broadcast within the framework of the International Labor Organization by those, who are trying to undermine our country's economy,” the official stressed. “Such evaluations are nothing but the policy of double standards. For instance, these complaints mention that in 2020 the Belarusian government banned strikes that pursue purely political interests, strikes that have nothing to do with labor and economic issues. But strikes meant to pursue political goals are also banned in Germany and the UK. Or, for instance, in France and Belgium where workers violated strike organization rules in the last few years. In other words, our legislation and practice do not differ from those of other countries in this regard.”

Mikhail Orda noted that Belarusian trade unions constantly work together with the government on improving labor laws. He also mentioned the operation of the national center for protecting rights of workers. Trade unions' lawyers constantly represent workers and protect their rights in Belarusian courts. Thanks to the interference of the trade unions 67 illegally fired Belarusians regained their jobs in 2020 alone, employers paid about Br5 million they had owed to their employees.

Mikhail Orda went on saying: “All of it proves that Belarusian workers can realize their right to establish trade unions for protecting labor, social, and economic interests. It is on these facts instead of speculations and assertions prompted by political reasons that the situation in the sphere of labor relations should be evaluated just like fundamental documents of the International Labor Organization stipulate.”

According to the FTUB press service, representatives of a number of countries, including China, Russia, Egypt, and other ones, also mentioned the development of the social dialogue in Belarus.