Health minister comments on situation with medicines in Belarus 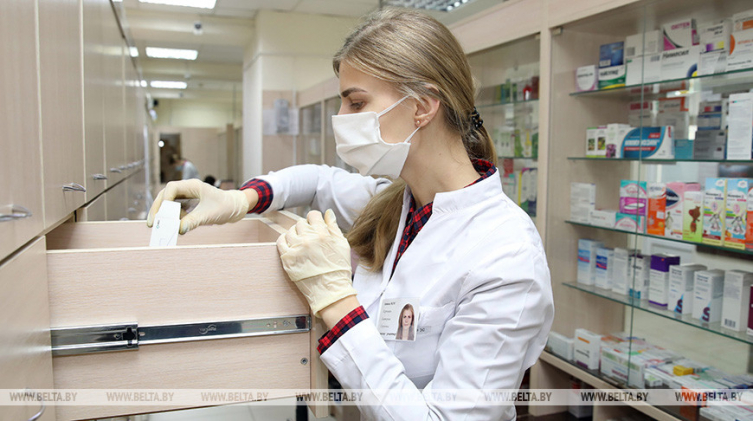 The Belarusian pharmaceutical industry is ramping up production; the import of a number of medicines is under special control, Belarus' Healthcare Minister Dmitry Pinevich told journalists after the meeting with Belarusian President Aleksandr Lukashenko, BelTA has learned.

“I reported to the head of state on the current state of things in the healthcare system. We discussed very important issues - the supply of medicines and medical equipment repair,” the minister said.

According to him, in May-June Belarus received about 1,200 names of medicines from abroad under contracts. “I have always said that approximately 4,000 names of medicines are constantly available in pharmacies and hospitals. We receive medicines. Earlier we kept an eye on about 40-50 names of medicines, now their number is 120. I can't say that these chains [disruptions in supply chains] have not impacted us. Yet, at the moment the supplies are rather smooth,” the healthcare minister said.

He specified that Belarus also receives the necessary medicines to treat cancer. “We even know the flights that they arrive on, for example, tomorrow and on Monday, Tuesday,” Dmitry Pinevich said.

With regard to the so-called heavy medical equipment, 7.5% of such equipment or 20 units are currently undergoing repair. The necessary logistics has been arranged.

“The production of domestic pharmaceuticals is growing,” Dmitry Pinevich said.

According to him, this year a number of large healthcare facilities are to open in Belarus despite the sanctions and cost-cutting. “Each region has a large facility that will be put into operation as planned. This is part of the effort to advance our healthcare system,” the minister added.