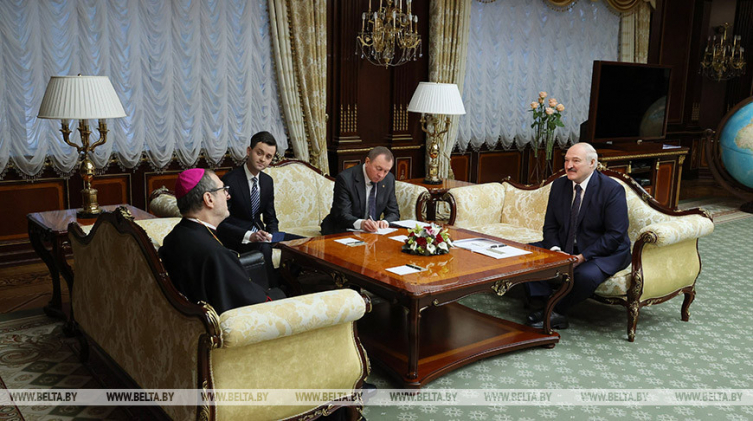 Claudio Gugerotti worked as Apostolic Nuncio in Belarus in 2011-2015. This time he is visiting Belarus as a special envoy of Pope Francis.

“I very happy that His Holiness Pope Francis sent you to Belarus. It's a pleasure for me to have a meeting with you. I have good impressions from the meetings, talks and conversations we had when you served here. I've always said that Pope Francis, in my opinion, is a people's person,” Aleksandr Lukashenko said.

Communities of the Roman Catholic Church operate 514 churches and are building 31 more. From 1998 to 2020 the state has transferred about 300 facilities to the church for religious purposes.