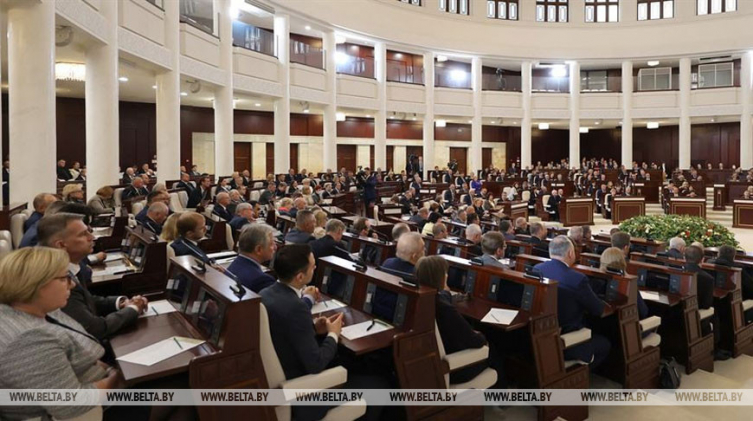 Belarus President Aleksandr Lukashenko spoke in favor of increasing the term of office for MPs in Belarus as he met with MPs, members of the Constitutional Commission and representatives of the government bodies on 26 May, BelTA has learned.

The head of state was asked about his opinion regarding a possible constitutional innovation, currently discussed, which is to introduce a single day of voting at the election of deputies of all levels, and whether it would contribute to the development of representative democracy in the country.

“The question is not even about the development of democracy. If you have elected a parliament, develop it. I am the most interested person here. This is most importantly because I am not eternal. I have to leave something behind which will last for centuries. I would like to leave something good after me, including you. So it is not about democracy. The point is to have fewer triggers for shaking up society,” the head of state said.

“I am in favor of the parliament and councils working for five years, not four. There should be some two years between the presidential election and the elections of councils and parliament. We still have to think how to do it. However, it should be a single voting day,” Aleksandr Lukashenko added.

As BelTA reported earlier, the day before the meeting MPs adopted an address to the president to introduce to the House of Representatives a bill on amending the Constitution, which provides for the possibility of elections to local councils of deputies of the 29th convocation to be held simultaneously with the elections to the 8th-convocation House of Representatives.