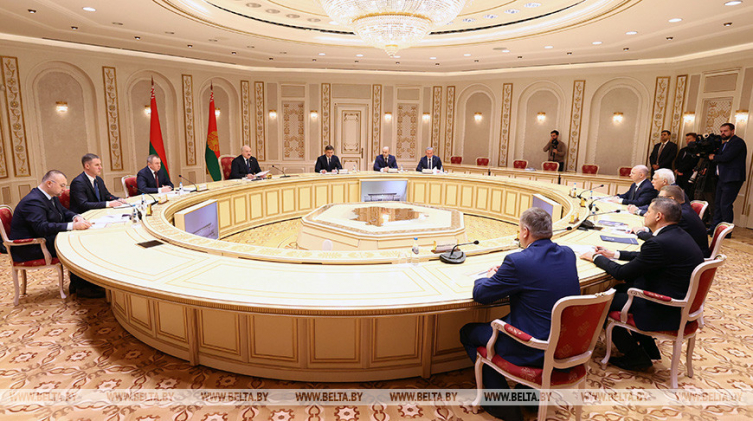 Belarusian President Aleksandr Lukashenko emphasized the effectiveness of the Union State construction strategy as he met with Governor of Russia's Chelyabinsk Oblast Aleksei Teksler in Minsk on 15 November, BelTA has learned.

“Today we have a unique opportunity to summarize all we have achieved. We need to outline how we are going to build our relations in 2023. Knowing Chelyabinsk and Chelyabinsk Oblast, I was surprised at the power you have. In 2021 our bilateral trade almost reached $500 million. I think we will have more this year. We have occupied some niches in the Russian Federation after certain companies had left the country,” Aleksandr Lukashenko said.

The president said that Chelyabinsk Oblast has a huge share in the Russian economy. Accordingly, it will have a serious impact on the development of relations with Belarus, he stressed. “It is very important for us to build long-term and effective relationship with you. Your region confirms the effectiveness of the Union State construction strategy,” the head of state said.

Aleksandr Lukashenko believes that despite the significant increase in bilateral trade, Belarus and Chelyabinsk Oblast still have a lot to work on. Chelyabinsk export grows faster than Belarus' one. “It is our problem, too. We need to be more proactive. We are not going to change the direction of trade with you in what concerns steel. We need it. We have built this relationship. We will try to maintain it,” the president assured.