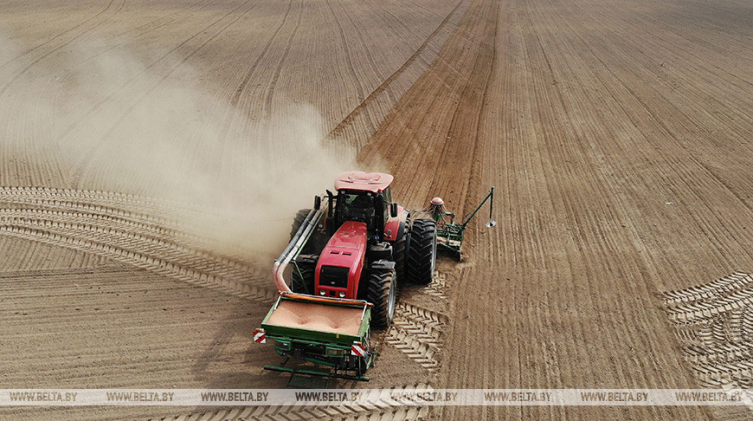 Belarus President Aleksandr Lukashenko received a detailed report from Agriculture and Food Minister Ivan Krupko in the morning on 24 September. The report described the situation in agriculture caused by unfavorable weather, the press service of the Belarusian leader told BelTA.

The prolonged sowing of winter crops and the slow harvesting of potatoes were the main problems on the agenda. Slowdowns in sugar beet harvesting and the harvesting of maize for silage in some areas were also mentioned.

After hearing out the report Aleksandr Lukashenko gave a number of instructions. In particular, the government, the agriculture and food minister, and the oblast governors will have to work together to expedite the pace of agricultural work. The sowing of winter crops has to go on till late in the evening and into the night where it is possible. To finish the sowing of winter crops within one week is the number one priority.

The agriculture and food minister and the government were also instructed to organize a conference in one week in order to report results of the work to the head of state.