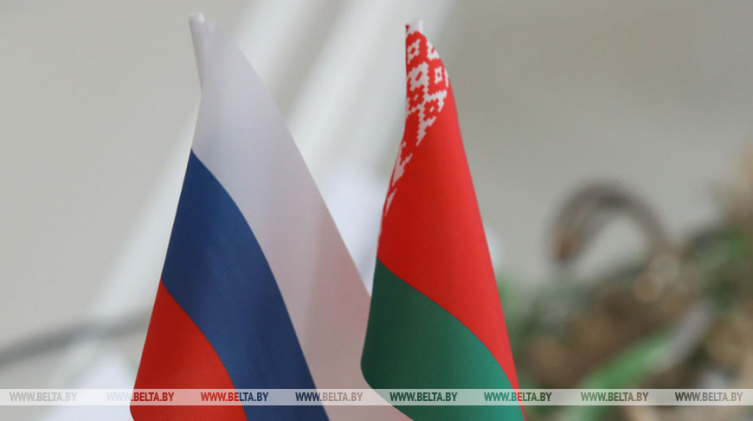 The report was authored by 16 leading experts from Belarus and Russia: political scientists, economists, lawyers, sociologists, historians. It was made on a parity basis: eight specialists from each country. The report is divided into 10 thematic sections, ranging from the rights of citizens to the section "Society and Youth".

“The report contains expert assessments and recommendations on key areas of cooperation between Belarus and Russia both in a bilateral format and in the Union State and the Eurasian Economic Union,” Vyacheslav Sutyrin, vice rector of the Russian State Academic University for the Humanities, said during the video conference. “The analysis has shown that the integration yields tangible results not only for the economies of our countries, but primarily for our people, contributing to well-being, employment, and living standards."

Vyacheslav Sutyrin presented the main theses of the report. "First, Belarusian and Russian economists came to the conclusion that the Russian market, despite the pandemic, is a reliable basis for the development of the Belarusian economy," he said. Vyacheslav Sutyrin noted that in 2020, Belarus was among the three key trading partners of Russia, yielding only to China and Germany.

"The time is ripe for us to introduce the Union State citizenship, which would not abolish the citizenship of the two countries. For example, an ID card could expand freedom of movement amid the pandemic, facilitate access to employment and electronic digital public services," he continued. “It is important to align approaches in tax and customs administration. According to the authors of the report, the sanctions wars with the West will drag on. In view of this, the countries should work out a set of appropriate measures, including creating a system of non-cash transactions and payments. The agenda also includes increasing shipments of Belarusian cargo through Russian Baltic Sea ports and other matters,” he added.

“The report does not aim to prove the value of the Belarusian-Russian integration in general: the importance of any regional integration has already become obvious,” said Aleksei Gromyko, Director of the Institute of Europe of the Russian Academy of Sciences, Chairman of the Andrei Gromyko Association for Foreign Policy Studies. “Our goal is to find the most important aspects in every integration process: specific results and useful outcomes of this integration, its attractiveness for citizens,” he pointed out.

According to Aleksei Gromyko, the European Union's example shows that integration can be successful, but citizens might still not associate certain benefits they have with integration, although these benefits can directly or indirectly result from such integration. “We wanted to accomplish two goals: to find strengths and weaknesses of the Russian-Belarusian integration and to suggest ways to improve this process,” he stressed.

“The recommendations set forth in this report will be guidelines for government agencies and the parliaments. They will lay the groundwork for future integration projects,” said Andrei Rusakovich, Deputy Chairman of the International Affairs and National Security Commission of the Council of the Republic of the National Assembly of Belarus.

The report is available to the public of the two countries. It has also been sent to the Belarusian and Russian mass media outlets.