Subbotin: Belarus' agricultural industry has been doing well this year 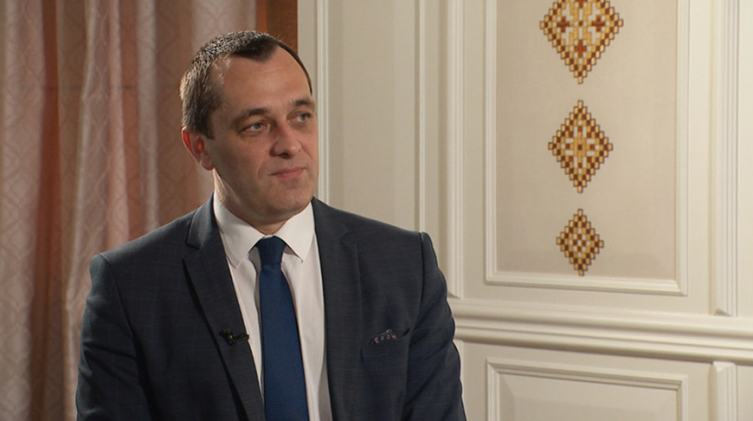 Belarus' Deputy Prime Minister Aleksandr Subbotin talked about the development of the agricultural industry this year, taking into account the economic situation in the world as he gave an interview to the Belarus 1 TV channel on 5 Ju;y, BelTA has learned.

According to him, Russia is the major focus of Belarus' agricultural exporters. “We have common approaches to packaging, common taste preferences. We will be working to maintain our foothold on that market and maybe to expand it a little. We are also planning to diversify our exports. Our products are recognizable in almost 100 countries. We have been working to promote our products, our brands," said Aleksandr Subbotin.

“We need to access as many markets with our agricultural products as possible,” the deputy prime minister believes. Enterprises themselves should look, with whom it is more profitable and affordable to trade. “In some markets it is steaks that sell at a premium price. In others these are by-products. Many foreign enterprises sell parts of cow carcasses not the whole carcasses to the markets where it is more profitable. I would like us to approach exports more rationally and see who is better to trade with, based on economic expediency,” he shared his opinion.

“They predict food shortages in the world. Since many factories have been put on hold, there will be an increased demand, a hike in prices. But at the same time, the incomes of the population have decreased, which means that the purchasing capacity has fallen. So it is impossible to predict unequivocally what will happen at the end of the year. We keep our eyes on the ball, watch the trends in foreign markets

Aleksandr Subbotin lauded the development of the agricultural industry this year. “The spring planting campaign was on time. We introduced more fertilizers than in previous years. We expect that the harvest will be quite good. The industry is now growing by an average of 5% compared to last year. One of the main drivers is the dairy industry. All sectors are adding this year, from 7% to 10%,” he said. Following the instructions of the head of state, agricultural companies have doubled the buckwheat areas. So, according to Aleksandr Subbotin, Belarusians should not expect a shortage of food products and a surge in prices in the autumn.

The vice premier also touched on the topic of unprofitable farms. “Their number is decreasing, but one of the main tasks is to make sure every farm should operate in the black. There's no one-fits-all recipe. Sometimes it makes sense to merge enterprises, to enlarge them or to start the process of rehabilitation. Other may need additional land, a raw materials zone, investors or re-purpose the business focus. Each company should be evaluated, an individual approach is developed,” he stressed.