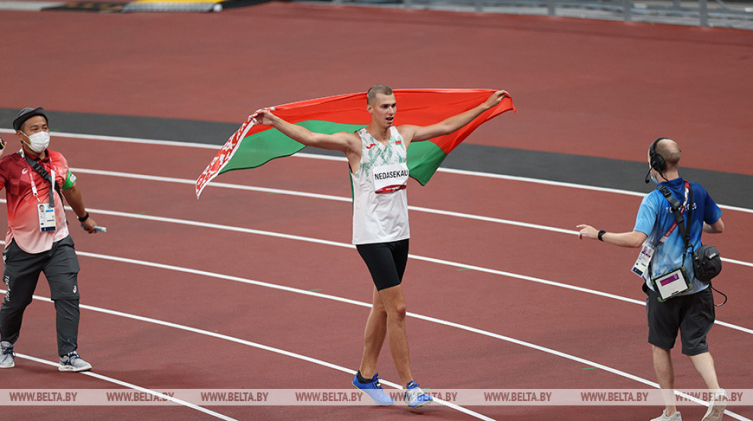 Maksim Nedasekau of Belarus has clinched bronze in the Men's High Jump Event to win the second medal for Belarus at the Tokyo Olympics, BelTA has learned.

Italy's Gianmarco Tamberi and Mutaz Essa Barshim of Qatar cleared 2.37 to share Olympic gold. Maksim Nedasekau also cleared that height to set a national record. However, he missed out on a share of the gold because of an earlier failure.

On his opening attempt Maksim Nedasekau failed to clear 2.19 m, he could do it only on his second jump. After that he had no failed attempts until he stumbled at 2.35 m. The 23-year old Belarusian went on to clear 2.37 m on his first jump setting a national record. After three failures to clear 2.39 m, the Belarusian ended up with a bronze.

A day before, Belarusian gymnast Ivan Litvinovich won gold in the men's trampoline, Belarus' first medal at the Tokyo Olympics.