"Capital of Culture of the Year" has opened in Borisov 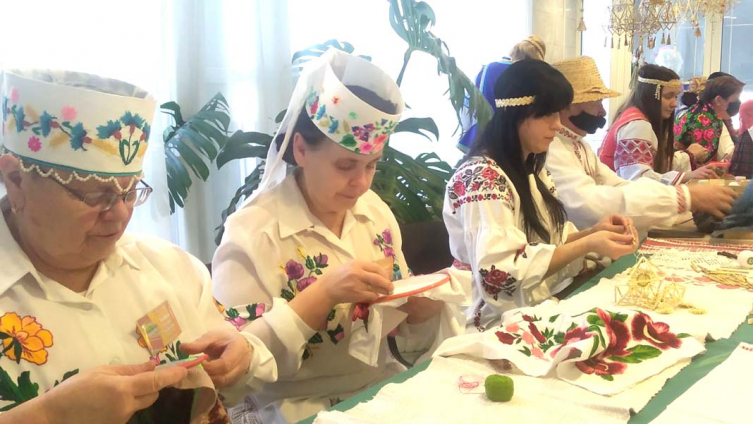 In Maxim Gorky Palace of Culture in Borisov, the opening ceremony of the republican action "Capital of Culture of the Year" was held.

During the year, about 80 events are planned to be held on the territory of Borisov region, which will help to learn about the creative achievements of Borisov residents in the field of musical, theatrical, choreographic and other types of art, professional and amateur creativity.

- “The Cultural Capital of the Year” is a “nomadic” action that takes place in a new place every year, - said Yuri Gramada. - Today Borisov has a huge cultural potential. It is one of the oldest cities in the country. Residents have something to show and surprise.

Within the framework of the event, the ceremony of cancellation of the state postage mark "Borisov - the cultural capital" took place. The artistic basis of the postal envelope was the recognizable places of the city - the railway station, the monument to Prince Boris Vsyaslavovich, the Cathedral of the Resurrection of Christ, the building on the central square, and the coat of arms of Borisov. The author of the images is the artist Tatyana Dolskaya, designed by Marina Vitkovskaya, circulation of 30 thousand copies.

The event continued with a festive concert, which involved the masters of arts of Belarus, leading art groups and performers of the Minsk region and Borisov district. The main idea of ​​the concert is to tell through dance, music and theatrical art about love for the Motherland and native land, talent, childhood dreams and traditions of the people of Belarus.

Vladislav Gruzdov is one of the brightest young artists who demonstrated his creative skills on stage, together with the dance school "Atmosphere". For the third year he has been studying vocal at the production center "Spamash", with teachers Tatiana Trukhan and Alena Gorbachev, participated in the "Slavianski Bazaar". According to Vladislav, this is not the first time he has taken part in such competitions, but all such excitement makes itself felt.

- I deal with it pretty quickly, my dad taught me. He is our master of sports in barbell, - Vladislav shares his emotions. - As soon as I go on stage, I immediately calm down and charge myself with energy from the viewer. Indescribable feelings!

As part of the opening ceremony of the "Capital of Culture of the Year", guests and residents of the Borisov district took part in creative meetings and master classes on weaving, ceramics, straw construction, and also got acquainted with the history and traditions of the Borisov region within the framework of exhibitions that were organized at the base of the Palace of Culture.

Reference: The republican action "Capital of Culture of the Year" has been held by the Ministry of Culture since 2010. In each of the cities that have been declared the cultural capital, innovative projects are being implemented to present the identity of these cities, develop and popularize the traditions and achievements of national culture, activate creative initiatives, and increase the tourist attractiveness of the regions.