The new school in Stolbtsy should accept students on September 1 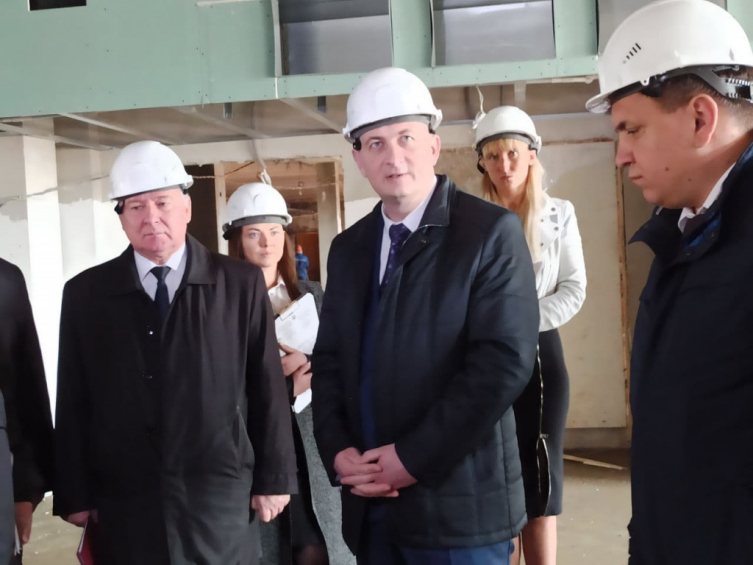 This task was set by the chairman of Minsk Oblast Executive Committee, Alexander Turchin, while inspecting the construction progress of an educational institution today.

The third school for Stolbtsy is an object of strategic importance. The last secondary educational institution was built here 40 years ago. And the city is growing and two existing schools and a gymnasium are already overloaded: with a design capacity of 1,460 people, almost 2.6 thousand children study there.

The construction of a new facility was included in the investment program of the Minsk region for 2020. The project is a typical one, according to which schools have already been built in Borisov, Soligorsk and in the Minsk region.

The construction of a school in a new microdistrict 7 on Mira Street, where apartments are being built, including for large families, began at the end of June last year. The Governor, opening a commemorative sign in honor of the start of construction, stressed that if there are children, the city, region and country have a future.

To date, all the rough work has been completed, and the finishing work has begun. The basement part is 98% ready, the facades are 30%, by the end of May it is planned to completely finish the plastering. We have already started contract bidding for the purchase of equipment for classrooms.

“The school should accept students on September 1, so today I came to assess the stage of construction and resolve some related issues,” said Alexander Turchin. - The facility is fully provided with funding, since the school is being built in accordance with the order of the Head of State. Therefore, everything now depends on the contractor, who has assured that everything will be done on time.

In 2022, Stolbtsy will become the capital of regional Dozhinki. The city is changing before our eyes.

- Much attention is now being paid to microdistrict 7. 1000 apartments, a sports complex, a kindergarten have already been built here. Over the next three years, 1080 more apartments and a kindergarten will be built. All housing is being built for those on the waiting list, - said Alexander Tsivako, deputy chairman of the Stolbtsy regional executive committee.